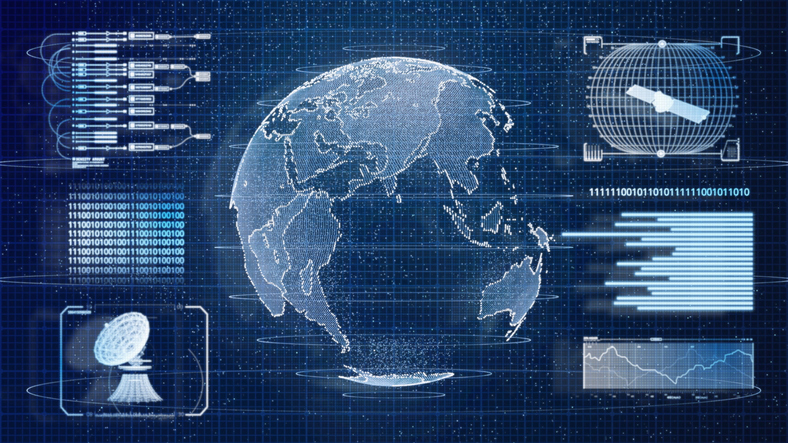 Military applications of AI have become a prominent topic of interest in the field of artificial intelligence. With new ways of using AI constantly developing, it can be challenging to keep up with ways in which it can aid military operations. As AI becomes more essential, military dominance won’t be defined by the size of an army, but by the performance of its algorithms.

Artificial intelligence is defined as the development of computer systems able to perform tasks that normally require human intelligence, such as visual perception, speech recognition, decision-making, and translation between languages. As they become more sophisticated, AI systems prove their usefulness more and more every day in all areas of life.

The U.S. military has been using AI for many years, even before AI became commonplace in civilian life. Over time, AI has developed to be able to perform more complex jobs, and has almost eliminated the need for human input in certain situations. From processing data to combat simulation, AI can be used to perform many different jobs in the military.

AI can benefit the military in numerous ways including:

Military applications of AI have become an essential part of the military’s functioning. Awareness of the potential of AI is vital to leveraging it for modern military operations.

A Breakdown of Military Applications of AI

Warfare systems such as weapons, sensors, navigation, aviation support, and surveillance can employ AI in order to make operations more efficient and less reliant on human input. This additional efficiency means that these systems may require less maintenance. Taking away the need for full human control of warfare systems reduces the impact of human error and frees up humans’ bandwidth for other essential tasks.

One of the most exciting developing military applications of AI involve leveraging swarm intelligence for drone operations. Swarms of drones are inherently much more effective than a singular drone for several reasons. When a drone receives vital information, it can act upon it or communicate it to other drones in the swarm. These swarms can be used in simulations, as well as actual training operations and have the ability to make decisions in a variety of situations, with the swarm having an overarching objective but the individual drones having the ability to act independently and creatively towards it. AI-controlled swarms of drones are actually programmed to act in the same manner that swarms of insects act in nature. For example, when a bee finds something that could benefit the rest of the hive, it will report that information in detail to other bees. The drones can do the same. They are able to communicate the distance, direction, and elevation of a target, as well as any potential dangers, just as a bee does.

AI’s algorithms are able to collect and process data from numerous different sources to aid in decision making, especially in high-stress situations. In many circumstances AI systems can quickly and efficiently analyze a situation and make the best decision in a critical situation. It is also able to neutralize prejudices that may come with human input, with the caveat that AI may not yet have a fully developed understanding of human ethical concerns. Decision making under pressure is a critical part of being a service member, and AI and humans can work together to make this process easier. In many cases, processing large volumes of data can be extremely time consuming. AI can be helpful for quickly filtering through data and selecting the most valuable information. It can also aid in grouping information from various datasets. This can allow military personnel to identify patterns more efficiently, draw more accurate conclusions, and create plans of action based on a more complete picture of the situation.

AI can also be used in order to filter through large amounts of content from news and social media outlets in order to aid in identifying new information. This allows analysts to save time when tasked with large quantities of content. AI systems can also eliminate repetitive information, as well as inaccurate information. This can optimize the research process, helping analysts finish a job faster, and more accurately, as well as, again, reducing human error.

Military training simulation software has been used in the U.S. Army for quite some time. It combines systems engineering, software engineering, and computer science in order to build digitized models that prepare soldiers with combat systems deployed during operations. In simpler terms, military training simulation software is essentially a virtual “wargame” that is used in order to train soldiers.

This software can be used for just about anything from mathematical models to simulating strategies used in non-combative environments. In turn, this will better prepare soldiers for real-life situations. These simulations are able to provide realistic missions and tasks to soldiers, to ensure they gain the most experience possible before applying their skills to real-life situations. One of the most important details about combat simulation is that it is far safer than reality. Many casualties can occur from training with real weapons and situations.This allows soldiers to experience the best simulation of the realities of warfare, without being endangered. These virtual realities can aid soldiers in understanding how to handle clones of weapons just like their real-life counterparts, make decisions in stressful situations, as well as work with their teammates. The training softwares can prepare soldiers for just about anything, and can save them in the long run. Not only can AI-based simulation train soldiers, but it can personalize training programs, as well as make fair assessments in order to make future adjustments to the programs. Combat simulation can also save time and money due to being more efficient at certain tasks than humans are. Check out our innovative AI model, Strat Agent, which acts as a modern-day battlefield commander that can be used in combat simulation.

Artificial intelligence can aid in making target recognition more accurate in combat environments. AI can improve the ability for systems like this to identify the position of their targets. It can also allow defense forces to acquire a detailed understanding of an operation area by examining reports, documents, news, and other forms of information. AI systems have the ability to predict enemy behavior, anticipate vulnerabilities, weather and environmental conditions, assess mission strategies, and suggest alleviation plans. This can save time and human resources, putting soldiers step ahead of their targets.

Threat monitoring, as well as situation awareness uses operations that gain and analyze information to aid in many different military activities. There are unmanned systems that can be remotely controlled or sent on a pre-calculated route. These systems use AI in order to aid defense personnel in monitoring threats, and thus leveraging their situational awareness. Drones with AI can also be used in these situations. They can monitor border areas, recognize threats, and alert response teams. Additionally, they can strengthen the security of military bases, as well as increase the safety of soldiers in combat.

Military systems can be vulnerable to cyber attacks, which is where AI can be of great help. Attacks can put classified information at risk, as well as damage a system altogether. AI has the ability to protect programs, data, networks, and computers from persons not authorized to access them. AI also has the skills to study patterns of cyber attacks and form protective strategies in order to fight against them. These systems can recognize the smallest behaviors of malware attacks far before they enter a network.

AI is able to play a role in the transportation of ammunition, goods, armaments, and troops. The logistics and transportation of these things is obviously vital to the success of military operations. AI can lower transportation costs and reduce the need for human input by, for example, plotting the most efficient route to travel under current conditions. It can also pre-identify problems for military fleets in order to increase efficiency of their performance. Because soldiers and medics have to make decisions in high stress situations, AI is able to aid them when a fellow service member may need help. This type of AI uses an algorithm and large medical database that is able to access data containing medical trauma cases, which include diagnoses, vital sign sets, medications given, treatments, and outcomes. It then takes this data, combined with manually entered information in order to provide indications, warnings, and suggestions for treatment.

AI can improve the functioning of many aspects of military operations. Enhancing productivity, reducing the need for human input, and increasing efficiency are just a few of the areas where AI can support our armed forces. At Sentient Digital, Inc., we provide global technology solutions and services in areas ranging from artificial intelligence and machine learning, to rapid software development, to efficient prototyping and manufacturing. Each client is different, and that’s why we tailor each solution to our clients’ needs, from concept to completion. Enabling technology allows our clients to fully optimize their projects, and we want to help you do the same. Learn more about how we work to provide custom solutions for our clients, or contact us for more information.