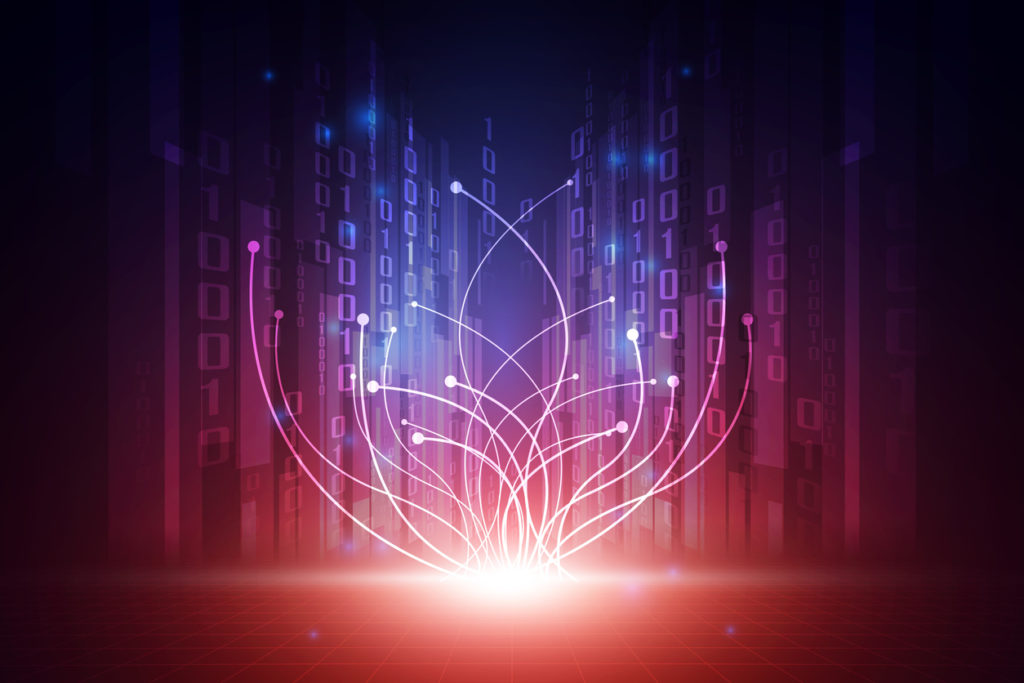 How Do Data Fusion Technologies Work?

The rise of AI in recent years has led data fusion methodologies and tools to become increasingly common. But how exactly do data fusion technologies work? And what can we accomplish with them?

Read on to discover the many ways in which data fusion tactics and devices can make various processes far easier and more effective than ever before!

In general, when we talk about data fusion technologies, we’re talking about tech that involves sensors collecting disparate sets of information. These can be any types of sensors capable of picking up audible, thermal, visual, and other types of input.

Once the intel has been gathered by the sensors, data fusion algorithms can then aggregate the intel into a single data set that is more comprehensive. Before you can understand how data fusion works, therefore, it is important to understand what a sensor is and the role it plays in data fusion.

What Is a Sensor?

When you hear the word “sensor,” the first thing that comes to mind might be a thermometer, motion detector, or speedometer. While these are all examples of sensors, you most likely use many more sensors in your day-to-day life than you realize. From the navigation system in your car, to the fire alarms in your house, to even the touch screen on your phone, many sensors are simply a part of our everyday lives.

But how do we define sensors? A sensor is a device capable of recognizing shifts in its physical environment and converting that discernible input into data output. In other words, sensors can not only detect changes in their surroundings, but can also make their observations understandable to either another machine or a human.

Think about an old-fashioned glass thermometer, for instance. The enclosed mercury responds in predictable ways to temperature changes in its surroundings. The thermometer then delivers its observations to us via the mercury levels rising or falling to the corresponding degree on the glass thermometer. Glass thermometers are a very rudimentary type of sensor. But this example can help us to understand the underlying mechanisms for all types of sensors. The principles at work in a glass thermometer are the same as those in a compass that communicates the detected pulls of Earth’s magnetic field through cardinal directions, or a microphone that transforms sound energy into an electrical signal, or a tire pressure sensor that lights up your car’s dashboard when it notices your tires need air.

What Is an Artificially Intelligent Sensor? 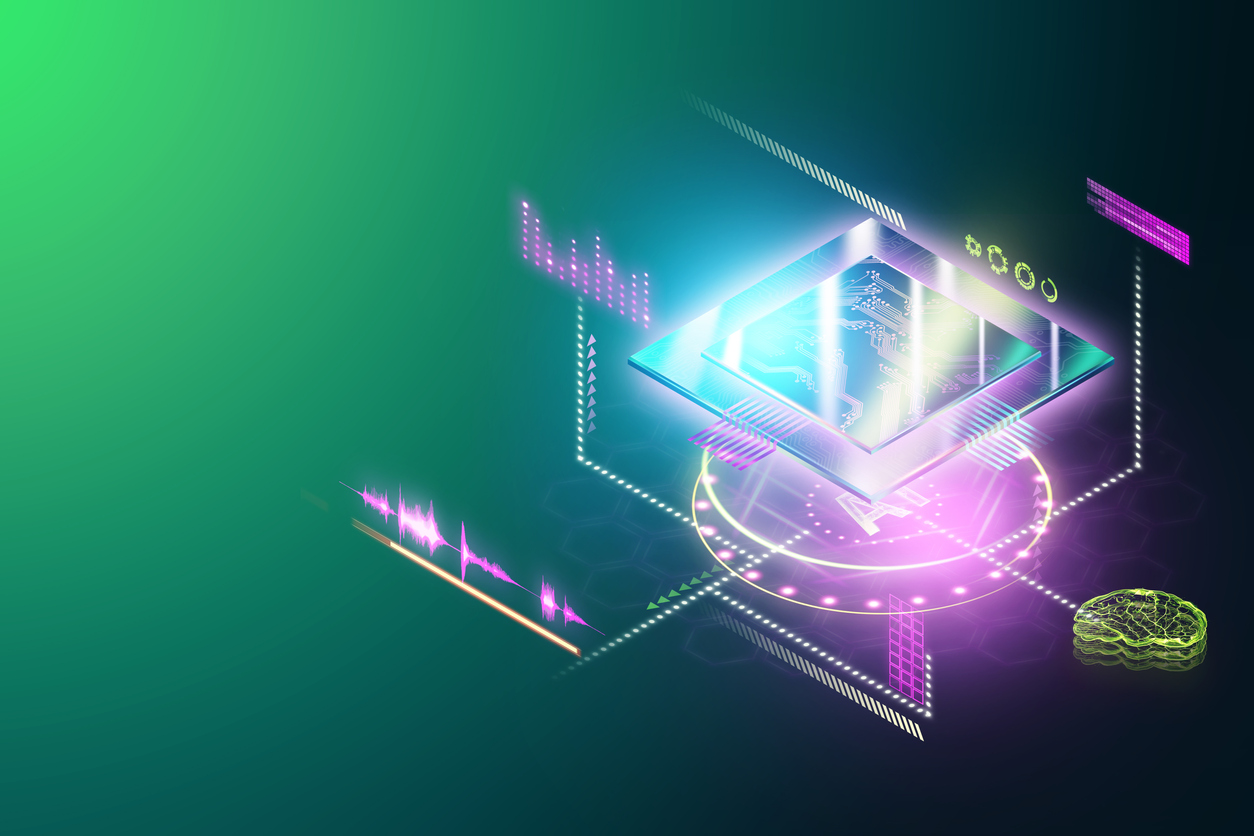 You may have heard people use the term “smart sensor” to talk about new technological home tools, such as gadgets that turn your stove off for you or Amazon devices powered by Alexa chatbots. These “smart sensors” are actually cognitive agents, meaning they possess artificial intelligence.

In other words, simpler sensors can only notice their environment and report their findings. Cognitive agent sensors, on the other hand, can react to their findings without help from either humans or another machine.

A thermostat is one common example of a cognitive agent sensor. Thermostats can detect the surrounding temperature and then, depending on their observations, turn your air conditioner either off or on. Unlike a simpler sensor, thermostats are capable of responding to the changes they perceive in temperature without manual or other machine involvement.

As you can see, cognitive agent sensors have a wide variety of capabilities, allowing us to use them for many different purposes. One of the most exciting purposes for which AI sensors can be used is sensor integration, a subcategory of data fusion.

What Is Data Fusion? Data fusion is the aggregation of information from various sources into a single source. Although frequently performed with sensors, data fusion does not always refer to processes that gather data via sensors.

You can think of data fusion as turning many variables into one variable. For example, if you were trying to calculate the exact cost of an item at the store, you would need to know not only the item’s cost, but how much sales tax you would be charged in that particular region. After calculating the sales tax, you would then need to add the item cost to the sales tax cost to find out your total.

In this scenario, fusing together the data on sales tax and item cost gives you more useful information than could be gleaned from just one of those data sets.

Sensor integration is a subset of data fusion in which multiple sets of data are gleaned from sensors, usually AI-powered ones.

We might use sensor integration to figure out the current weather outside, for example. If you had access to an old-fashioned thermometer, you would be able to know the current temperature outside. But weather is affected by more than just temperature. There are many other factors, such as pressure and humidity, which we could measure with barometers and hygrometers, respectively. All of the data from these sensors combined, or fused, would give us a much more accurate understanding of the current weather. Most data fusion requires complex calculations made far easier by artificial intelligence. For instance, if we wanted to use our weather tools to create a forecast, it would be easiest to do so with a cognitive agent.

That’s because cognitive agents can use machine learning algorithms with far more speed and accuracy than any human mathematician. These algorithms allow the cognitive agent to extrapolate and predict from our existing data what the weather is most likely to be tomorrow or at another point in the future.

The combined forces of sensor integration and artificial intelligence can be used in a variety of situations beyond forecasting the weather. The GPS system in your car or phone, as you probably know, operates on a satellite-based GPS sensor. But most modern GPS devices also utilize inertial navigation systems that contain both motion and rotation sensors. Fused together, all the data from these sensors shows not only where you are geographically in the world, but also how fast you’re driving and which direction you’re traveling.

Our Work with Data Fusion Technologies

Here at Sentient Digital, Inc., we are currently developing a program that merges data fusion and artificial intelligence in innovative ways. Known as STRIKE_COLLECTIVE, this program fuses data from multiple different military platforms in order to more efficiently locate and attack a hostile target. This project is being conducted as part of an initiative run by the Defense Advanced Research Projects Agency (DARPA) to develop more advanced targeting techniques.

So how exactly does STRIKE_COLLECTIVE work? STRIKE_COLLECTIVE gathers data from human intelligence sources, such as spies near the area. But it also collects data from a variety of air, ship, and land radar sensors. These include aircraft surveillance, signal intelligence collected from enemy radio broadcasts, and satellite intelligence monitoring the vehicles in the area.

The AI portion of STRIKE_COLLECTIVE aggregates information about the target from each of these different data-collecting sources. The cognitive agent then fuses that data into a Common Operational Targeting Picture that allows the AI to select the optimal weapon and platform for attacking the target. In military terms, this strategy is called weaponeering.

Once the AI’s intelligent combination of data has constructed its weaponeering strategy, the AI finds and sends signals out to those assets deemed the best to attack the target. When it comes to the latest advances in data fusion technologies, machine learning, vulnerability remediation, military technologies, research and development, government contracting in IT, and more, Sentient Digital, Inc. stands reliably at the top of the field.

If your organization is looking to incorporate artificial intelligence solutions into your business operations, we are more than prepared to create, modify, and implement AI technologies into your enterprise. In addition to our AI innovations, we also can help your organization with an array of IT services and software development.

Contact us today to learn more about how we can outfit your enterprise with innovative technology solutions customized to your needs.