The idea of cognitive agents, also known as artificially intelligent agents, taking over the world is common in art, entertainment, and discussion among the public. The actual possibility of robots one day ruling the world, however, is relatively slim.

Why? AI and humans differ greatly in the types of intelligence at which they excel. Artificially intelligent tools are inherently superior to humans when it comes to processing large amounts of data. But humans continually outperform robots in tasks that involve creative problem solving, common sense, and human relationships.

With that said, some cognitive agents are intentionally designed to become “smarter” than humans or outperform us at specific tasks. These agents often utilize AI’s inherent computational intelligence, while also attempting to learn from certain forms of human intelligence.

One well-known example is AlphaGo, the AI that has bested multiple champions at the board game Go. Cognitive agents have also been created to outwit humans at poker and other games, to lip-read human speech and identify visual imagery in photos with greater accuracy than humans, and even to make smarter AI programs than humans can create. At Sentient Digital, Inc., we are developing military training simulation software that uses AI to learn from human player behavior and teach us novel combat strategies.

In this post, we’ll discuss both the reasons behind intentionally creating cognitive agents that become “smarter” than us, as well as the mechanisms of artificial intelligence that make such innovations possible. If you’re looking for an explanation of supervised learning, unsupervised learning, Q-learning, or reinforcement learning for beginners, you’ve come to the right place! Before we dive into cognitive agents designed specifically to “outsmart” humans at certain tasks, it is important to establish how human intelligence differs from artificial intelligence.

Human intelligence is highly complex and powerful, but there are some tasks that AI can accomplish better than people. When it comes to data analysis or warehouse tasks, for example, AI can perform both faster and with greater accuracy than any human can.

This is because cognitive agents have superior computational abilities. Not to mention, artificially intelligent beings don’t need to take breaks to eat, use the bathroom, or rest their aching muscles.

However, AI does not have a leg up over humans in all areas. Cognitive agents struggle to be better than, or even as good as, humans in numerous ways:

These limitations are important to keep in mind with any discussion about AI “outsmarting” or “outperforming” humans. There are a variety of reasons why an individual or organization might design a cognitive agent to be “smarter” than a human. As we’ve discussed already, AI is simply faster and more efficient at certain jobs, such as crunching numbers or even creating novel molecules for drug development. In addition, automating these types of responsibilities frees up humans to focus on more creative or complex work.

But why create AI specifically designed to excel at tasks typically performed better by humans? Although humans are naturally better at certain skills, we can still often learn a lot from AI designed to mimic more human forms of intelligence. The fact that AI fundamentally “thinks” differently than we do means that it can sometimes come up with possibilities humans could simply not envision.

A well-known example of AI’s ability to think divergently occurred in 1994, when Karl Sims created virtual creatures that eventually taught themselves how to walk, swim, and jump. But before learning these human-like movements, the cognitive agents first tried other solutions.

When Sims’ AI creatures were instructed to travel forward as quickly as possible, they did not perform as expected, such as by sprouting limbs or wiggling snake-like across the ground. Instead, the cognitive agents turned themselves into tall towers and fell forward. Some of them even performed somersaults.

While the idea of humans falling forward on their faces and somersaulting in order to travel faster may seem pretty ridiculous to us, it made perfect sense to these cognitive agents. AI, after all, is unhindered by concerns of physical pain or embarrassment. Sims’ agents were solely focused on traveling the greatest distance in the shortest amount of time.

This classic example demonstrates that cognitive agents have the ability to think outside of the box in a way most humans don’t or can’t. It is also worth mentioning that this falling forward method is exactly how wheat stalks reproduce. So while forward-falling may never be the next step in human travel, this innovative solution suggests that both artificial intelligence and nature are capable of producing novel, unexpected problem-solving that humans cannot replicate.

There are many other examples of AI’s divergent intelligence that highlight its potential to teach us new ways of thinking.

Libratus, an AI designed to best poker champions, makes bets that are far more wide-ranging and random than any human player. AlphaGo’s moves have been described by expert human Go players as astonishing and other-worldly, and the AI has created game variants never played by humans.

AI is even being used to create completely novel perfumes that appeal to humans’ sense of smell, to make memes praised as funnier than human-generated ones, and to craft delicious and innovative recipes.

Here at SDi, we are currently working to develop an artificially intelligent military simulation, called STRAT_AGENT. It is designed to play—and eventually win—against human opponents in an operational-level modern wargame.

Cognitive agents struggle to perform as well as humans at many of the skills needed in military training and combat, such as advanced planning and spatial understanding. But our AI has the advantage of superior data analysis.

Our goal is to deploy its computational abilities and observation of expert human opponents so it can outwit players and reveal innovative, unexpected tactics. These novel tactics could help us improve our real-world military strategies.

How Do Cognitive Agents Become “Smarter” Than Humans? Learn more about how cognitive agents become “smarter” than humans below! Please feel free to share our infographic on social media, or copy and paste the code below to embed it on your website:

Although there are several different types of artificial intelligence that could be leveraged to create AI that is “smarter” than humans, we’re going to focus on the types of AI used in our military simulation.

All of the branches of artificial intelligence used to create STRAT_AGENT fall under the category of machine learning, meaning that these cognitive agents are capable of learning from data and past experiences. In order to create artificial intelligence that rivals and eventually surpasses an expert human opponent, STRAT_AGENT was designed to utilize multiple AI techniques.

Humans tend to learn best through a combination of visual aids, printed text, audio input, and kinesthetics. In the same way, cognitive agents can learn best through a variety of knowledge bases and learning strategies. When it comes to artificial intelligence, this approach is called ensemble learning.

Let’s take a closer look at each of the AI techniques that make up STRAT_AGENT’s ensemble learning method.

Supervised learning is an AI technique where the cognitive agent is given data sets and taught by humans to recognize the relationship(s) between those data points. When given subsequent data, the cognitive agent analyzes the new information to see if it matches the learned patterns. As the AI gathers new data, it continually alters and improves upon its ability to associate new patterns between data based on what it was already directly taught.

In other words, with supervised learning, the AI is first given data sets with explained relationships. The AI then learns through subsequent data to refine those rules and add new rules about finding patterns.

Business chatbots sometimes use this kind of artificial intelligence. Whether by phone or instant messenger, these chatbots are programmed to respond to questions related to the company’s frequently asked questions.

But these chatbots are also able to recognize when an exchange with a customer has gone beyond their comprehension. If this occurs, the chatbot can transfer the exchange to a human representative as it continues to “observe” and learn from the interaction.

By gathering data about your browsing and shopping habits, this type of AI attempts to detect patterns in your behavior. It then uses those detected patterns to offer you more content it has deduced you’ll find interesting. With reinforcement learning, the cognitive agent is given neither underlying patterns nor existing data ahead of time. Instead, the AI is given a goal alongside an incentivizing reward system.

The cognitive agent evaluates its environment while seeking to maximize its reward. This reward-seeking process helps the AI to learn about both the data it finds and the patterns within the data.

As the cognitive agents played more and more games, they developed increasingly sophisticated techniques, such as learning to build barricades. In another example of AI’s divergent way of thinking, the cognitive agents even managed to find loopholes within the physics rules of their simulation. This allowed them to develop game strategies their creators had not anticipated.

Q-learning is a type of reinforcement learning. What sets Q-learning apart is that it is a model-free learning technique. This means that the cognitive agent is not told exactly what its surrounding environment consists of, nor does it begin with any rules about its environment.

Instead, the cognitive agent is presented with a list of all the possible choices it can make. It must figure out the best possible series of choices through trial and error.

An easy way to understand Q-learning in real life is to think about how you might find a store in an unfamiliar location without a map or GPS. Perhaps you know a place that is near the store. Through trial and error, you learn first how to get to the store itself. Next, you discover how to optimize your travel path and speed to the store, learning from your past experiences along the way. All of these types of AI learning styles have their advantages and disadvantages. By combining them into an ensemble learning technique, we can create cognitive agents that think more similarly to humans in their ability to approach a problem with multiple strategies.

When it comes to SDi’s AI military simulation, we have merged the above learning strategies into our ensemble technique with the goal of creating a cognitive agent that can one day outsmart even the best military tacticians. Supervised and unsupervised learning techniques, for instance, allow us to provide the AI with data sets from pre-existing military simulations alongside real combat data.

These learning strategies also enable us to directly teach the cognitive agent some rules about both human combat and human intelligence, such as rudimentary spatial understanding. Furthermore, by utilizing reinforcement learning and Q-learning, we enable the AI to learn from its own experiences playing against top-notch military experts and design its own rules about optimal combat strategies.

From our military simulation AI to our machine learning solutions for tracking and predicting the spread of COVID-19, Sentient Digital, Inc. strives to always be on the cutting edge of technology. If you are considering incorporating AI technology into your enterprise, we can create and execute high-tech solutions aligned with your vision for your business.

We don’t just specialize in artificial intelligence, but in other types of technology, too. Whether you’re looking to bolster your cybersecurity, upgrade your network, or integrate technology more into your day-to-day operations, we’re here to help.

Contact us today to receive a free consultation about how our technology experts can help your business. 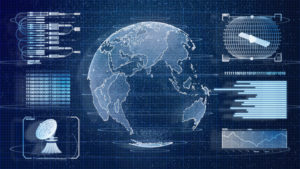