Case in point, the 2017 Telstra Cyber Security report revealed that 59% of Asian companies suffered from security breaches that affected their businesses at least once per month. In an article for Forbes, Neil Campbell, Telstra’s Director of Security Solutions, highlights the necessity of integrating business intelligence and cyber security solutions to face these challenges. “Cyber security is no longer just a technology issue, it is a business one too,” Campbell claims.

In the past, companies would store sensitive client information in secure locations. Paper documents, floppy disks, and computers containing important information were often kept in locked rooms or cabinets. This practice isn’t made obsolete by technology; it must evolve with it to ensure both the physical and electronic security of sensitive data. The high-profile May 2017 WannaCry Ransomware attack, which infected Windows computers in homes and organizations across the globe, was a warning to the business sector that cyber security issues had gained the ability to disrupt the international marketplace.

The digital data marts and warehouses employed by business intelligence systems to store data have only increased cyber attacks’ ability to disrupt commerce. BI systems employ technology to translate collected client and operational data into actionable procedures and global business directives. Both sensitive data and valuable business insights from analyzed data could be stolen during an attack. The data warehouses and data marts that store BI information must equal the security of bygone vaulted file cabinets.

Learn more about how cyber security supports business intelligence and can protect your company today.

Why Is Cyber Security Integral to Business Intelligence?

1. The Cost of Insecure Business Intelligence The fiscal damages induced by cyber security breaches can cripple or altogether destroy a business. According to the 2018 Cyber Claims Study by NetDiligence, a cyber risk assessment company, the average total cost of a security breach was $603,900. For large companies, the average was $8.8 million.

The Marriott Leaks are a perfect example of the high financial cost of insecure business data. In November of 2018, Marriott revealed that the personal data of approximately 500 million guests who had stayed at their Starwood Hotels and Resorts was stolen in a data breach. The degree of guest exposure varied from passport and credit card information to phone numbers and email addresses. The American Institutes for Research estimated that the breach would directly result in losses up to $600 million for Marriott, Insurance Journal reported.

In addition to protecting organizations from the fiscal damages of cyber security breaches, cyber security solutions can be employed to preserve the quality of the data itself. According to IBM Big Data Hub, U.S. businesses lost approximately $3.1 trillion in 2016 alone due to data quality issues. Business managers worldwide also point to untrustworthy data quality as a major hindrance in forming business strategies. Cyber security solutions that identify sensitive data and determine its quality can help companies minimize the ramifications of poor-quality data and make better business decisions. While it’s not always easy to measure, a company’s trustworthiness affects its long-term success by equipping it to attract and maintain a clientbase. For an organization to ethically use business intelligence systems, it must use BI data to provide better products and services while supporting its BI systems with effective cyber security measures to protect client information. Failure to do so is likely to result in public mistrust, which translates to customer attrition, inability to start new enterprises, and the potential downfall of a business.

Hadoop’s inability to fully recover its reputation is a cautionary tale for businesses today. Hadoop was a prominent business intelligence platform whose reputation suffered after it became known as an insecure system. The Hacker News reported that over 5,000 Terabytes of data was exposed for close to 4,500 servers on the Hadoop Distributed File System (HDFS).

HDFS was a BI system designed to securely store and streamline high-volume data sets to user applications at large bandwidths. The exposures were the result of misconfiguring of HDFS-based servers. Hadoop has since taken significant measures to resolve its former cyber security weaknesses; however, its reputation as an insecure server persists. Once public trust is lost, it is not easily regained.

Not only does the loss of public trust translate to customer attrition—it can prevent organizations from embarking on innovative new business ventures as well. The resistance from lawmakers and legislatures worldwide to Facebook’s intended launch of its Libra cryptocurrency is a prime example.

Facebook’s history of data leaks and manipulative strategies have caused the company to be viewed with universal skepticism. When Facebook announced its intention to enter the cryptocurrency market in 2020, Congresswoman Maxine Waters asked Facebook to pause its development of cryptocurrency until Congress and regulators can review Libra and respond to any issues they discover. Facebook’s executives were also called to testify in front of Waters’ committee. One legislator went so far as to claim that Facebook’s Libra poses a greater threat to America’s security than the terrorist attacks on the Twin Towers in 2011.

According to TechCrunch, Facebook would share control of Libra with the companies who form the Libra Association, and it would only have one vote in Libra’s governance. Each partner company has invested a minimum of $10 million into Libra, and Facebook already has over 100 organizations supporting Libra. However, the tremendous financial backing and Facebook’s minimal control does not outweigh the public’s mistrust.

CNBC reported that Facebook’s most recent quarterly report indicated that may not “be made available in a timely manner, or at all.” Facebook’s poor reputation, in large part caused by data leaks, may prevent Libra from ever becoming a reality. Whether you want to see Libra succeed or not, one thing is for certain: it is critical to maintain the public’s trust by effectively merging cyber security and business intelligence practices. Failure to do so can prevent multimillion-dollar industries from launching.

3. The Influx of Business Intelligence from IoT One of the most significant catalysts in business intelligence today is the immense amount of data the Internet of Things (IoT) has made available. IoT’s ability to gather, analyze, and act upon information allows businesses to provide their customers with technology systems that offer personalized and streamlined user experiences.

However, IoT and the data it collects pose a severe threat to an organization’s systemic and informational security. IoT increases the demand for traditional cyber security professionals, and it necessitates the development of innovative cyber security methods specifically designed to protect the integrity of IoT technologies and the BI systems that utilize their data.

IIOT, or Industrial Internet of Things, poses the same threat. For instance, hackers conducted a Triton malware attack in 2017 that stopped industrial processes and infrastructure in the Middle East. They used the malware to target Internet-linked sensors, break into cyber-physical networks, and shut down the victim corporation’s industrial operations using its interlinked emergency shutdown systems. While IoT and IoTT devices are essential for corporations to remain competitive in the global marketplace, they must be secured to preserve a company’s operational integrity.

To begin moving away from the current model of decentralized cyber security efforts, organizations should create loosely coupled systems that prevent one device’s failure from compromising the entire system. To accomplish this, companies that rely heavily on IoT will require an internal BI cyber security team dedicated to creating specific operational capabilities for the organization that work within complex and universal cyber risk management strategies.

IoT and IoTT both benefit business intelligence and pose a threat to organizational security. New strategies and business cyber security teams are required to meet the evolving integrated marketplace. Cyber security measures must be centralized and focus on preserving the integrity of IoT/IoTT systems and their BI databases.

Contact Us for Integrated Cyber Security and Business Intelligence Solutions 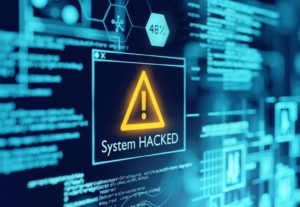